You are here: Home › EXILE ON THE PLANET OF THE APES Release Signing!

EXILE ON THE PLANET OF THE APES Release Signing!
Location: Collector’s Paradise Pasadena

On March 14, from 5pm to 8pm, at the Pasadena store, please stop by and help us welcome Gabriel Hardman (best known as the artist on Marvel’s Hulk and the new artist on Secret Avengers) and Corinna Bechko (Heathertown), the writing team on Boom Studios!’ awesome PLANET OF THE APES series, and specifically for the release of EXILE ON THE PLANETS OF THE APES #1. The story is a direct sequel featuring Dr. Zaius and characters we introduced in BETRAYAL. Well, the ones who survive, anyway. 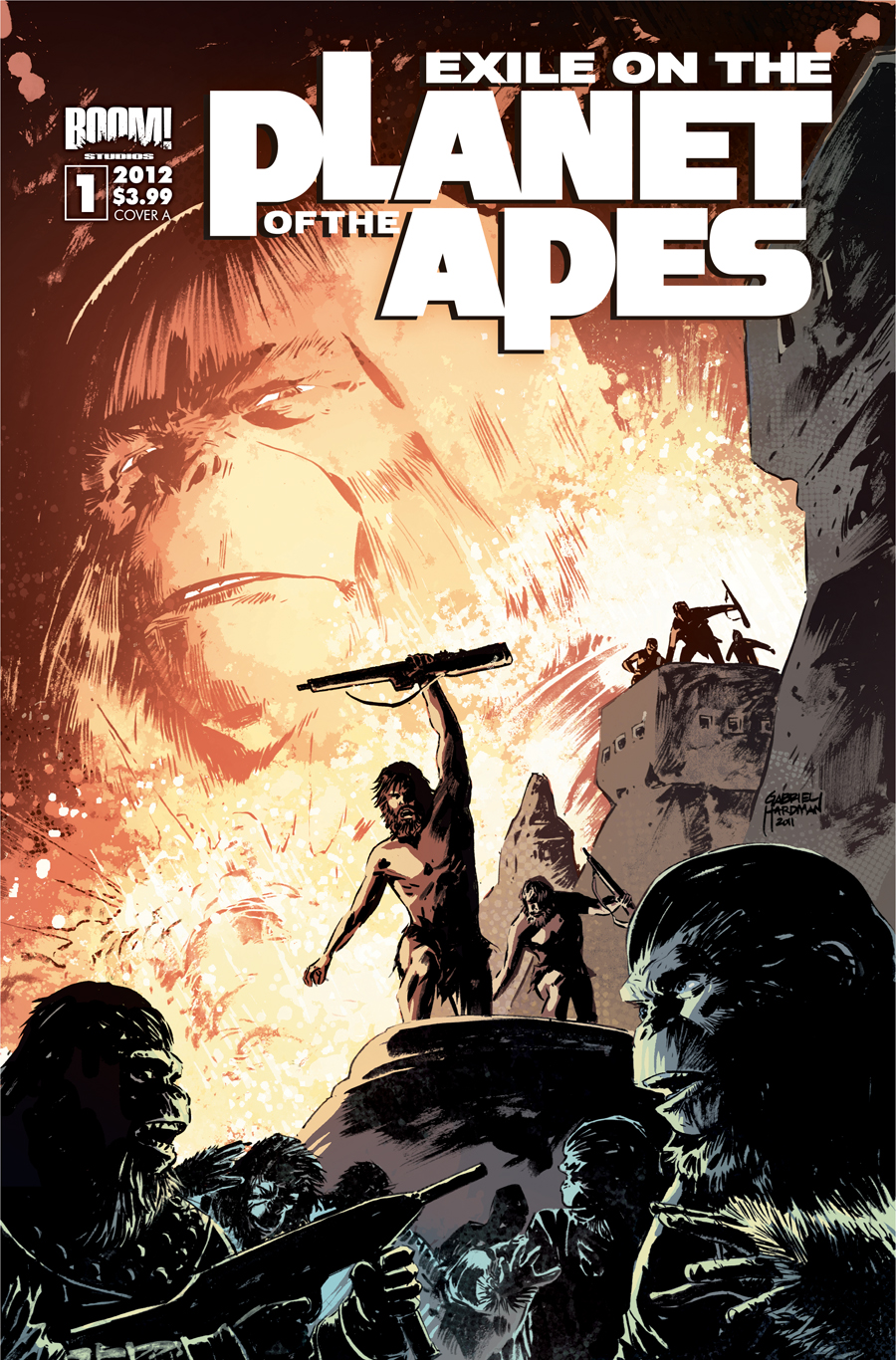 EXILE OF THE PLANET OF THE APES #1

From the team that brought you BETRAYAL OF THE PLANET OF THE APES comes an all new Apes saga! Gabriel Hardman (SECRET AVENGERS, HULK, AGENTS OF ATLAS) and Corinna Bechko (HEATHENTOWN, FEAR ITSELF: THE HOME FRONT) team up w ith red hot artist Marc Laming (AMERICAN CENTURY, THE RINSE) to take the fan-favorite franchise to all new heights in this can’t-miss mini-series. With ape society gripped in uncertainty, Doctor Zaius must find a way to unite the warring factions before they rip the city apart. It’s up to one lowly chimp to seek out the famed, disgraced General Aleron deep in the heart of the Forbidden Zone, with a secret that might help — or destroy!

If you are closer to the Valley store, on the same day, at the same time, we’ll be having a Relealse Signing for LAST MORTAL HC with co-creator and writer, Filip Sablik. We helped release the first issue of the series, during which Filip got a tattoo of the series logo on his back (ask him to show it off) so it just seems “right” that we help release the awesome Hardcover edition of the book.