You are here: Home › shazam

Billy Batson came to Titans Academy looking for answers. Why was the rest of his adopted family cut off from the power of Shazam? Why are his own powers becoming increasingly unreliable? The answers send Billy on an outrageous adventure that’ll not only change him but have an immense impact on the school and other students on Titans Island.
Continue Reading

Check out the flyer for our Free Comic Book MAY as well as the EVENT SCHEDULE, in the Photos attached to this event. 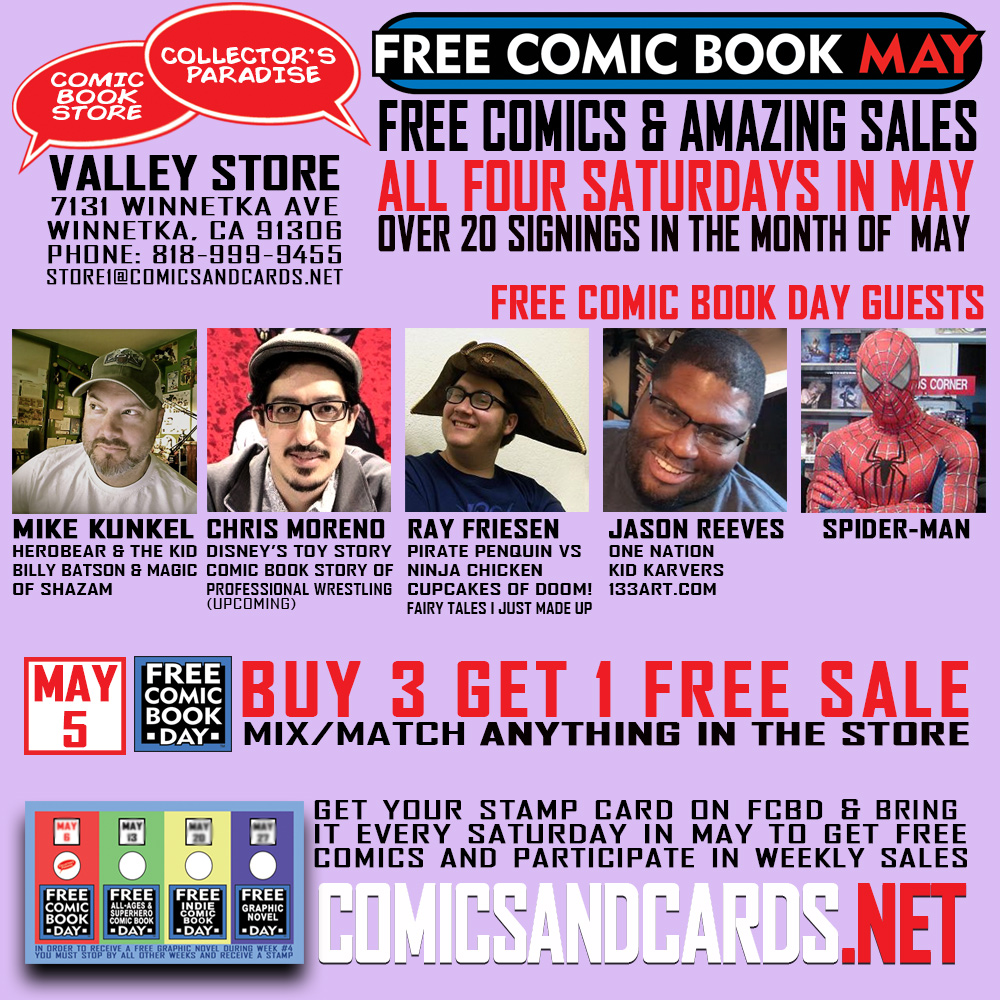 If you are a long time customer, you know we always go ALL OUT for FCBD. Well, this year, I thought we bring it up a FEW notches. The plans […]